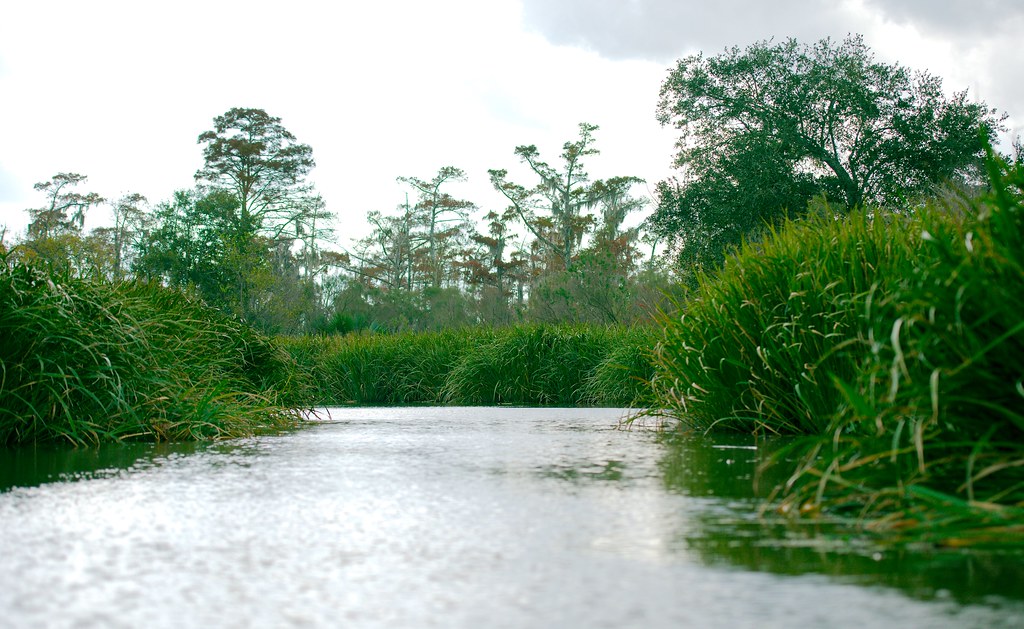 Early this year, I changed my long-term travel plans from trying to see as many endangered species as I could (before they’re gone) to trying to see endangered ecosystems. The focus on species is still there but I see a lot of the same species at the zoos I visit (which makes sense, since the zoos are what are keeping some of those species alive). It’s just that now we’re committed to a world in which climate change is an unavoidable reality, some areas will vanish in my lifetime.

One of those areas is the Louisiana bayou. Sure, we’ll always have areas in which the brackish water moves slowly, lapping at the boat as you paddle through, but the environment will continue to grow increasingly hostile to the forms of life that traditionally live there.

On this trip, in addition to going to a few zoos, I took a kayak (with a guide) out into the bayous to see what I could see. There wasn’t a lot, due to the BP oil spill a few years back. But what I did see were a lot of birds and a lot of general quiet. There wasn’t a lot of trash, largely due to organized kayak group pick up days, but in general, things seemed to be okay. The area was slowly recovering, but nowhere near the biodiversity it used to have. There was a lot of evidence of the animals that had been killed during the disaster (bleached clams, for example), but in general, it seemed like an area that, all things being normal, would recover in about 20-30 years – at least to a point where people couldn’t really notice the damage anymore.

As the climate warms, though, the alligators will likely die out due to their sex selection being heat based.

As the seas rise, the soft in-and-out tidal motion that gives the bayous their name will extend northward, drowning the land you see here and creating new paths further inland, where you don’t find the sorts of plants and animals that are adapted to the bayou system. Sure, some of them will eventually recolonize the new area, but it will take a very long time for that to happen, as the new area must also shed some of the pollutants that are trapped in the soil*.

As the storms increase, we can also expect the older trees and established protective sand and mud banks to collapse, depriving many species of the shelters they need for their young.

All in all, I’m glad I went. I wish it weren’t as damaged as it turned out to be, but I’m still glad I got to see it before it is gone.

* Interesting how, despite all the evidence to the contrary, “detoxification” in human bodies is believed with an almost religious fervor, yet toxic chemicals in our land is ignored entirely despite decades of evidence.