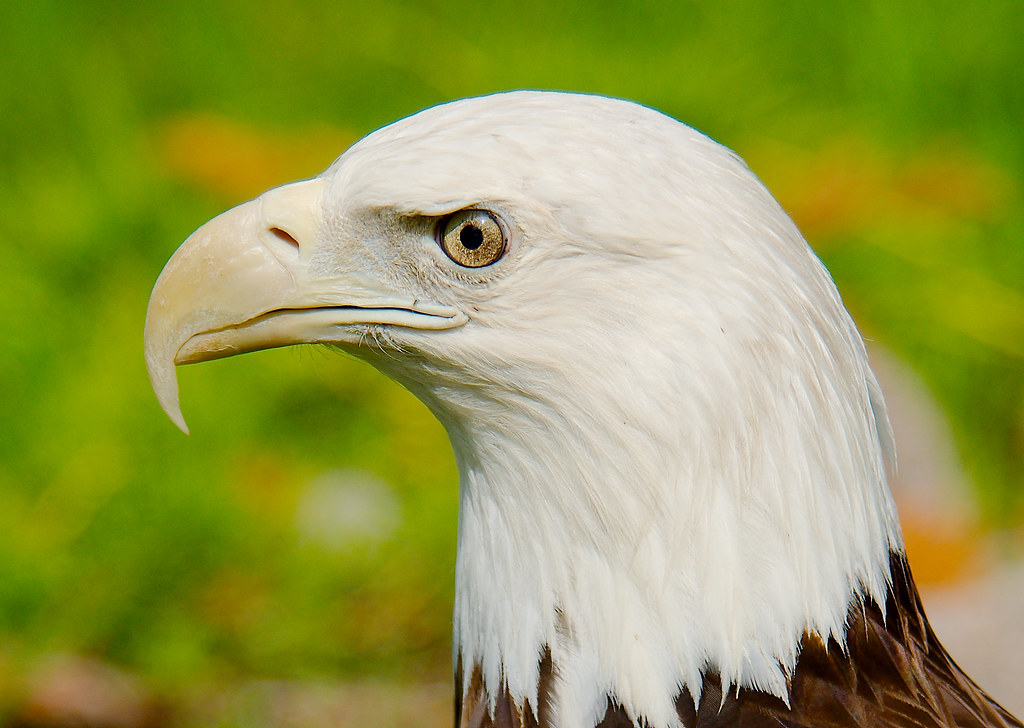 Bald eagles stake claim to territory, where it stays until the territory begins to run out of resources, at which point it will venture into other territories and take what it wants.
When migrating, bald eagles typically only fly between the hours of 8am and 6pm.
Though they typically consume fish, they will eat pretty much anything they can get their claws into, be they mammals, reptiles or even other birds. They rarely attack dangerous prey, however.
When hatching, the oldest sibling will often receive disproportionate feedings and will sometimes kill their younger siblings.
They will defend their nest vigorously against any attack, real or perceived.

For some reason, they are the national bird of the United States of America.