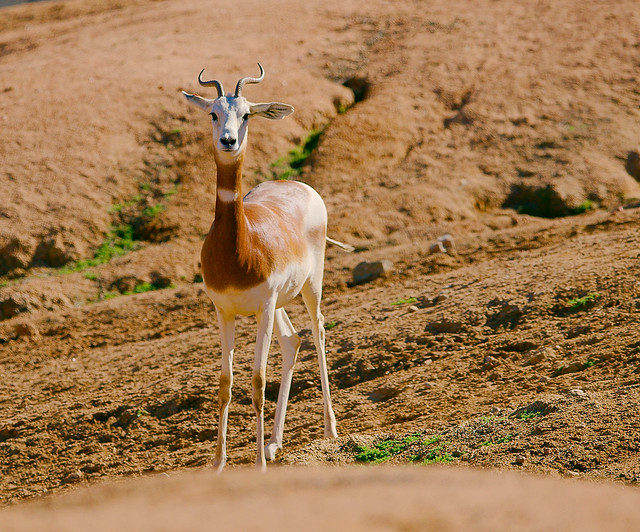 The addra gazelle (aka dama gazelle or mhorr gazelle) is critically endangered. But those words are used a lot. What do they really mean?

The last assessment was in 2008. This is what they had to say:

“The sustained decline due to uncontrolled hunting and habitat loss has continued and is now estimated to have exceeded 80% over 10 years. Extensive field surveys have been made since 2001, but all subpopulations encountered are very small, with all at risk from unmanaged large-scale hunting, and the total population certainly numbers well less than 500 individuals. Decline is expected to continue based on ongoing hunting and unpredictable arrival of large hunting parties with high destructive potential from the Gulf states. The Dama Gazelle is following the same trail into extinction in the wild as the Scimitar-horned Oryx.”

So where is this happening (Facebookers, go here: http://maps.iucnredlist.org/map.html?id=8968 ) ? 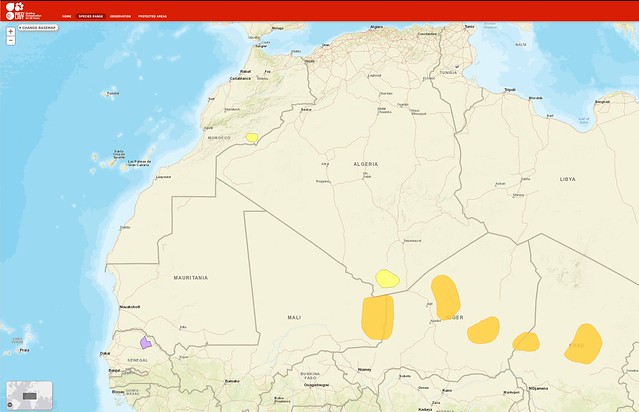 So, at under 500 individuals in the wild, each of those orange blobs likely represents less than 100 individuals. If drought or hunting happens to hit in one of those areas, the population can drop by 25% alone. If the 80% loss rate continues, it could happen anyway.

This is why it is important that places like San Diego Safari Park do the breeding work they do. It’s not great that a species accustomed to roaming hundreds of miles be constrained to a handful of acres. But it’s much worse to let them die out completely.